Eugenio Mirti was born in Torino in 1972 and developed his musical talents studying jazz guitar with Luigi Tessarollo and  rock guitar with Jose Perfetto.

Earning his certificate in music theory at the Conservatorio G. Verdi in Torino, Italy, Eugenio perfected his skills following many seminars including those hosted by B. Buethe, J. Batten, S. Morse, S. Gibellini, M. Petracca and B. Kessel; he also attended courses offered by Boston’s Berklee College of Music at the Umbria Jazz satellite school in Perugia, Italy in 1994.

In 1995 he started the rock band Matka which recorded two albums, “Lavorare Stanca” in 1998 and “Zen Number 3” in 2000. This group performed in over 100 concerts all over Italy and has received flattering reviews by many music magazines (“Music which seems to stand up to the firm conviction of a project. . . . it’s wonderful to be able to listen, once in a while, to a group which doesn’t try to reproduce other people’s sounds” “Anyway, Eugenio Mirti is a fantastic composer” “…they don’t care about all of the committed rock styles and they head straight for their own road” “The Torinese group interprets a dynamic and immediate language“.

In 2001 Matka split and the Eugenio Mirti Trio was formed, and the record “Piccolo Uragano” came out in October 2005.

In 2005 eugenio met Chiara Onida and together they planned a new band, Ropa 11, whose first album “Infrangibile”, came out on may 2006. The band toured US (Nevada) on december 2006 and recorded a second cd “Mark III”, in february 2008, and a third “Amazing Stories” in april 2010. In 2013 together with  Marco Giaccaria and  Sergio Ponti Eugenio developed the  Collettivo Apostrophe trio, in order to explore ethnic and  avant-garde sounds, and the trio published in november 2013 “Sempre più lontano”, their first CD.   In august 2015 Eugenio spent a month in Taiwan to play a mini tour and to write a reportage about taiwanese Jazz music, interviewing all the major musicians, critics, radio hosts and managers of live musical venues.

In 2017 with the Anna Luglio duo Eugenio was featured on the compilaton CD “Homemade”, pulblished by Rome based MILK label, with the song Moody’s Mood For Love;  in 2018 Eugenio shoot six videoclips dedicated to the work of Prince, “Minneapolis Standard vol. 1”.

Eugenio is one of the most well known music teachers in the Torino area; he teaches at Notabene Music School (Torino and Ivrea), at Rivoli’s Il Sottomarino Giallo and at Scuola Civica “Carl Orff” (Piossasco).

Since June 2012 Eugenio has been a member of Tocrash, a webzine dedicated to music analysis and  reviews, and since october 2014 is an editor of “Muz Rock Magazine“; since May 2016 Eugenio contributes to “In Jazz”, a monthly jazz magazine for which he writes about musical instruments. Since June 2017 Eugenio contributes to Jazzespresso, an international Jazz hub and website, and collaborates with the taiwanese jazz magazine Wijazz.

In 2015 Eugenio took part in the literary contest “Pubblica con noi 2015”  and four of his short stories were published by Fara Editore in the anthology “Emozioni in marcia“. In 2018 Jazzespresso published “The Taiwan Travel“, a photobook about the Taiwan experience in 2015.

In August 2021 Eugenio was hired by Musora Media Inc., the Canada based society owner of the brands “Drumeo”, “Pianote”, “Singeo” and “Guitareo” as publishing specialist and transcription/notation expert. 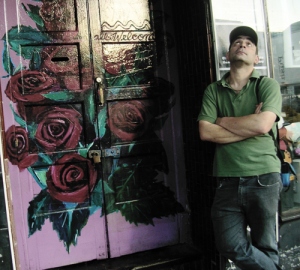